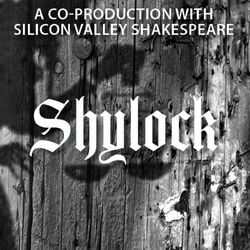 In collaboration with Silicon Valley Shakespeare

An actor addresses the audience after a performance of The Merchant of Venice. His portrayal of Shylock has been deemed controversial, the rest of the show’s run has been cancelled, and he has decided he has some things to say about it. Asking as many questions as it answers, Shylock challenges audiences to think about issues of censorship, cancel culture, and problematic content.

Minimum age 13. Occasional use of strong language. Performed live at Tabard Theatre, presented via multi-camera and live streamed directly to you in the comfort and safety of your own home. The performance is approximately 1 1/2 hours, no intermission. Video preshow will start 30 minutes prior to the performance time.

Limited in theatre seating is available at this time.