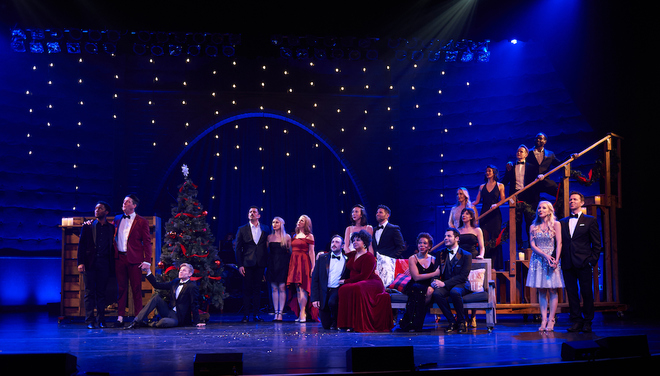 Transcendence Theatre Company moves indoors for the holiday season, and the enthusiasm and spirit of the artists in Broadway Holiday Spectacular 2019 infuses the show with pure joy. This year’s shows take place at Luther Burbank Center for the Arts in Santa Rosa and Napa Valley Performing Arts Center at Lincoln Theater in Yountville, and it’s a production that’s full of holiday fun for the whole family. 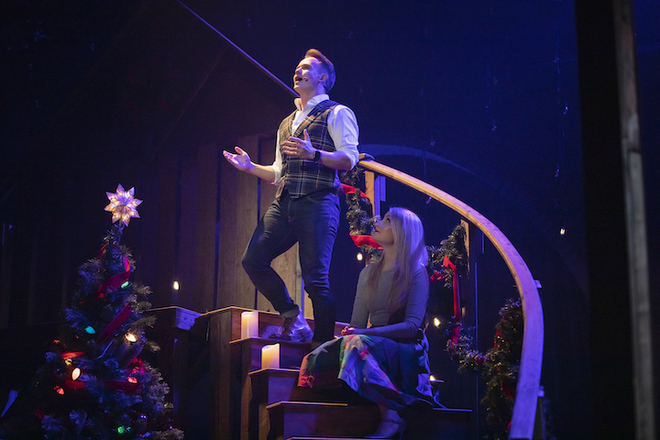 The first act shines a light on what December means and includes a variety of holiday favorites, ranging from O Holy Night to Baby It’s Cold Outside, but it also features Broadway blockbusters, such as My Favorite Things from The Sound of Music and I Won’t Grow Up from Peter Pan that fit right in with the theme and have the audience smiling and humming along. And while Christmas might be in the spotlight with songs such as Up on the Housetop and Cool Yule, Hanukah also has a place, with Sabbath Prayer from Fiddler on the Roof, and the Channukah Song, a funny piece that’s memorable for its high spirits and warm humor, as it points out notable Jews, including co-executive director Brad Surosky. The second act is A Festive Flashback, with songs from several decades, beginning with Christmas carolers in the days of Dickens in the 1800s and including top hits such as Jingle Bell Rock from the 1950s and more recent tunes from the 2000s. Co-executive director Stephan Stubbins also invites the kids in the audience to join him on stage, making them an integral part of the show and creating a special experience for them that is likely to become a treasured memory. 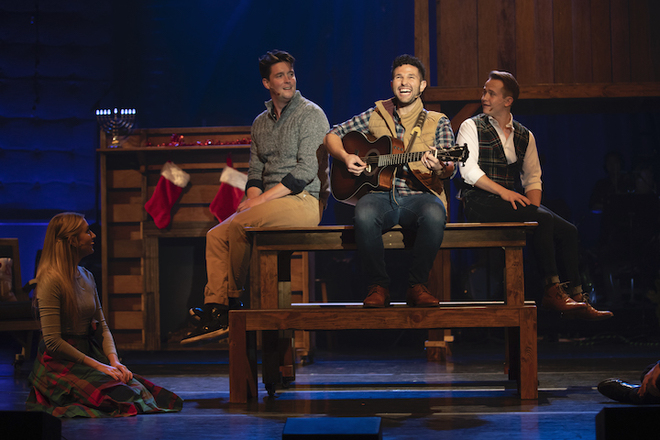 Laughter and catchy tunes add to the fun. Photo by Mimi Carroll.

It’s a high-energy show, with the polished singing, dancing and acting that distinguish Transcendence Theatre Company and make it a Wine Country favorite. Tony Gonzales is the director and choreographer, and he keeps the action moving at a steady pace that engages the audience engaged from start to finish. Susan Draus is the music director and conductor and also has a bit of business on stage. Set design by Paul Press creates a festive environment, which adds to the holiday feeling, as does Jisaela Tenney’s costume design, and the Transcendence creative team pays close attention to detail, so whether it’s depicting a holiday meal or a walk in a winter wonderland, the result is magical. 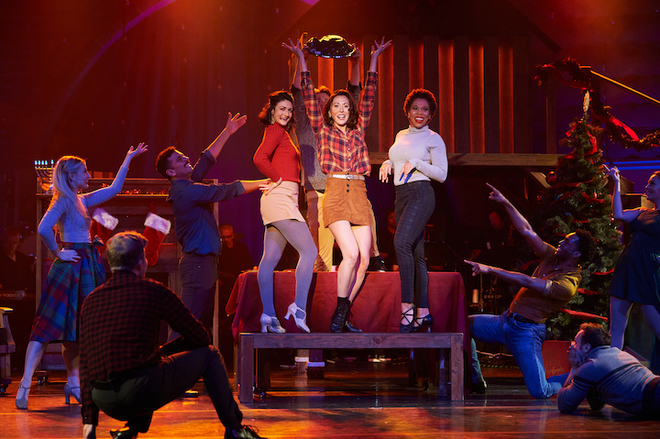 Christmas dinner is the theme in Turkey Lurky, from Promises, Promises. Photo by Ray Martel.

Transcendence Theatre Company was founded as a nonprofit arts organization in 2008 and had its first performances at Jack London State Park in 2012. It’s become a treasured member of the community, and the Broadway Holiday Spectacular show is well on its way to becoming a holiday tradition. The company’s goal is to give people a chance to treasure life’s moments, big and small, and that is priceless gift.

To get tickets or more information on Transcendence Theatre Company all year round, go to transcendencetheatre.org. All holiday performances feature pre-show activities, such as Family Fun Day, Ugly Sweater Night, Spin to Win trivia contest and more, depending on the performance. Please check the website for details. 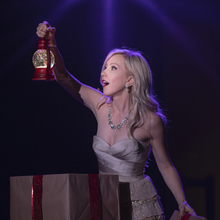